Catapult: online training for teachers of Language for Specific Purposes

A portal containing a wealth of resources and online resources for teachers on education, human rights, and democracy.

END_OF_DOCUMENT_TOKEN_TO_BE_REPLACED

Elang: digital literacy for the teaching/learning of languages

This ECML/ Council of Europe improves digital literacy for the teaching/learning of languages and a critical use of online resources and tools by language teachers.  END_OF_DOCUMENT_TOKEN_TO_BE_REPLACED

Unlock the crowdsourcing potential for languages and trigger innovation in the production of community-generated language learning material. A COST action. END_OF_DOCUMENT_TOKEN_TO_BE_REPLACED

END_OF_DOCUMENT_TOKEN_TO_BE_REPLACED

Project P.R.E.S.S. is an initiative of the Hellenic Open University which aims to address the educational and integration needs of refugees currently residing in Greece.  The project has many actions, organised around three main clusters (or axes), accessible here. Within axis 2 (linguistic and cultural integration and adjustment of refugees (children and adults) through non-formal and informal learning interventions), Katerina Zourou has contributed to the Action 16 which specifically dealt with the creation of paper and digital language resources for adult immigrants. Her involvement took place between April and July 2017.

GraDAna: Innovation and Entrepreneurship for Iranian HE Graduates through Data Analytics

GraDAna is a cross-national project bringing together European HEIs and SMEs with seven Iranian HEIs. It aims at curriculum development and staff training in Iran and Europe) on the topic of data analytics. The project lasts until October 2018.

END_OF_DOCUMENT_TOKEN_TO_BE_REPLACED

Nanotechnology is among the fastest growing fields in STEM Sciences. iPEN project (Innovative Photonics Education in Nanotechnology) has as a primary objective to provide an education training program to young researchers (postgraduate, Research students) in the most common used photonic tools & techniques in a Nanotechnology Laboratory. iPEN project during its development will include the development of online & offline modules, the organization of intensive courses, that will foster the photonic learning skills of young researchers in the field of Nanotechnologies.

iPEN project consists from a multinational consortium, with partners from Greece, Italy, Germany, Netherlands, and Israel. All the partners have demonstrated a strong record in the fields of education and research in photonics and in various fields of nanotechnology.

END_OF_DOCUMENT_TOKEN_TO_BE_REPLACED

The “Language learning and social media: 6 key dialogues” (LS6) project  (January 2010-February 2013) is not one of the company’s projects but it was a trigger for the launch of the company. Katerina Zourou, Giulia Torresin and Tatiana Codreanu have worked for the project, through different affiliations. Katerina, project manager of LS6 throughout the project lifetime and Giulia, financial officer in 2012, were hired by the University of Luxembourg and Tatiana, as social media expert in 2012-2013, worked remotely from UK.

We are thankful to our past team at the University of Luxembourg and to Charles Max, project coordinator, for giving us very responsible positions in the project and for allwoing us to build expertise that was necessary for us to “open our wings” with the launch of our company.

Web2LLP is funded with support from the European Commission through the Lifelong Learning Programme under Key Activity 4, Dissemination and Exploitation of Results.

As the project website is unavailable, below one can find training materials produced by the team. 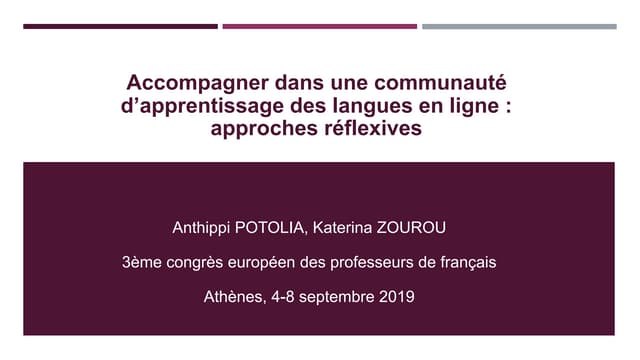 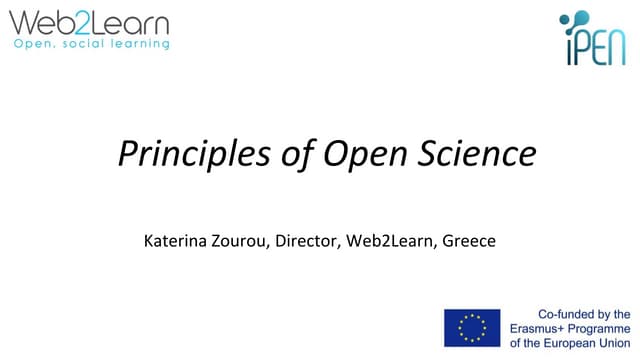 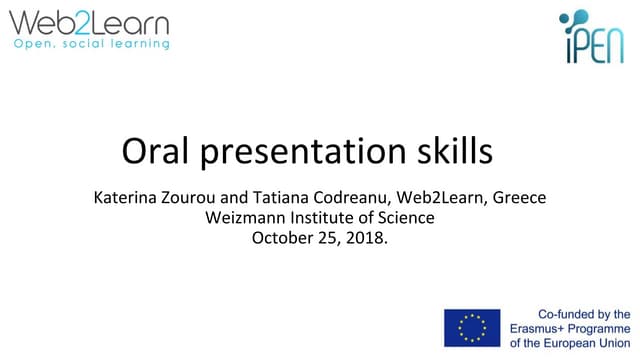 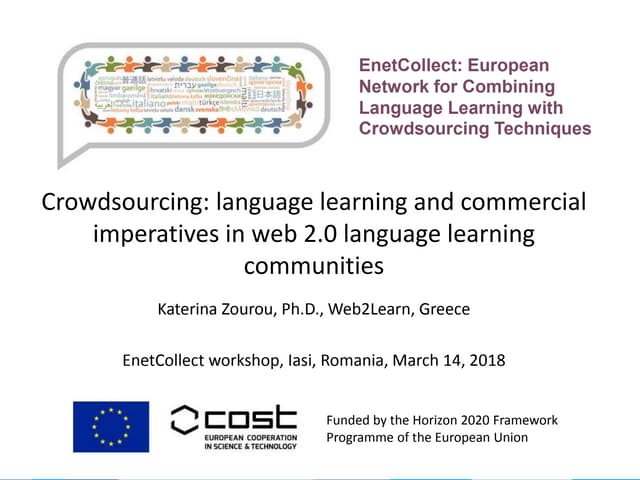 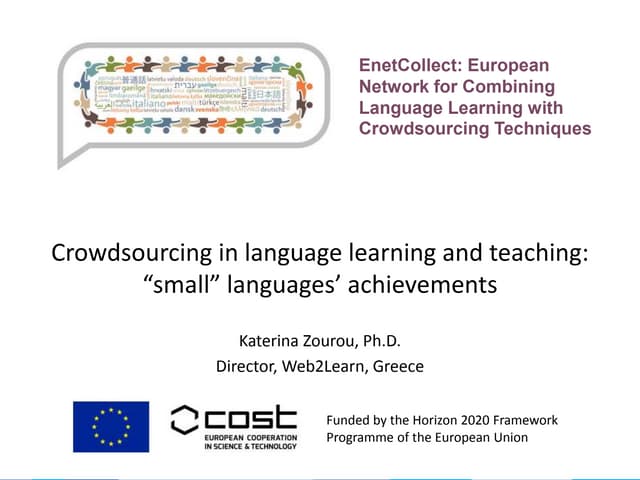 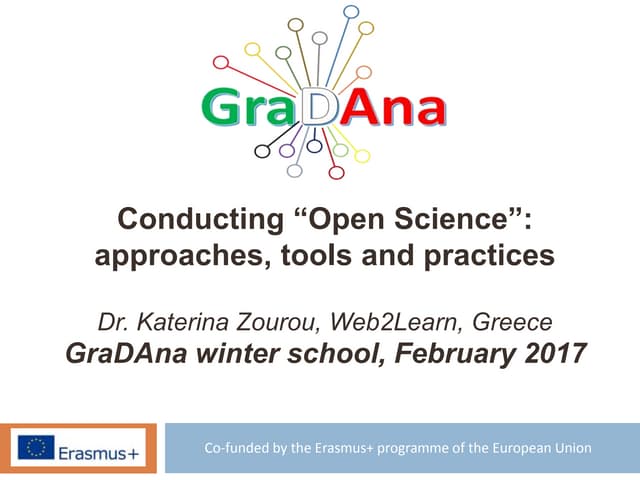 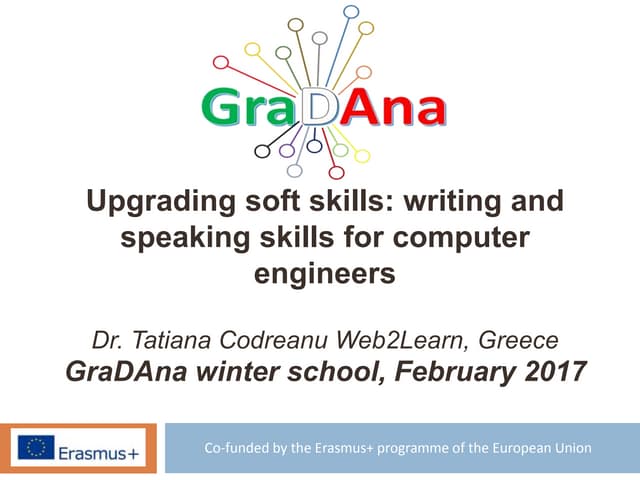 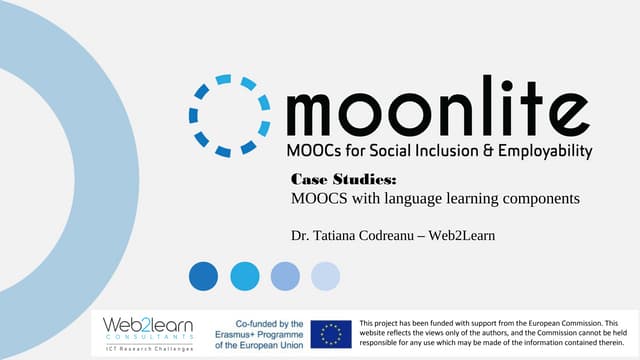